In the 44th match of the Cricket World Cup 2019, Sri Lanka set a target of 265 runs for India. In response, Rohit Sharma of India and Lokesh Rahul are on the crease. Both of them had a century partnership for the first wicket. Rohit has made his 5th century in this World Cup. He broke record of Sri Lanka's Kumar Sangakkara in the highest number of hundreds in a World Cup event. Sangakkara had scored 4 centuries in 2015. 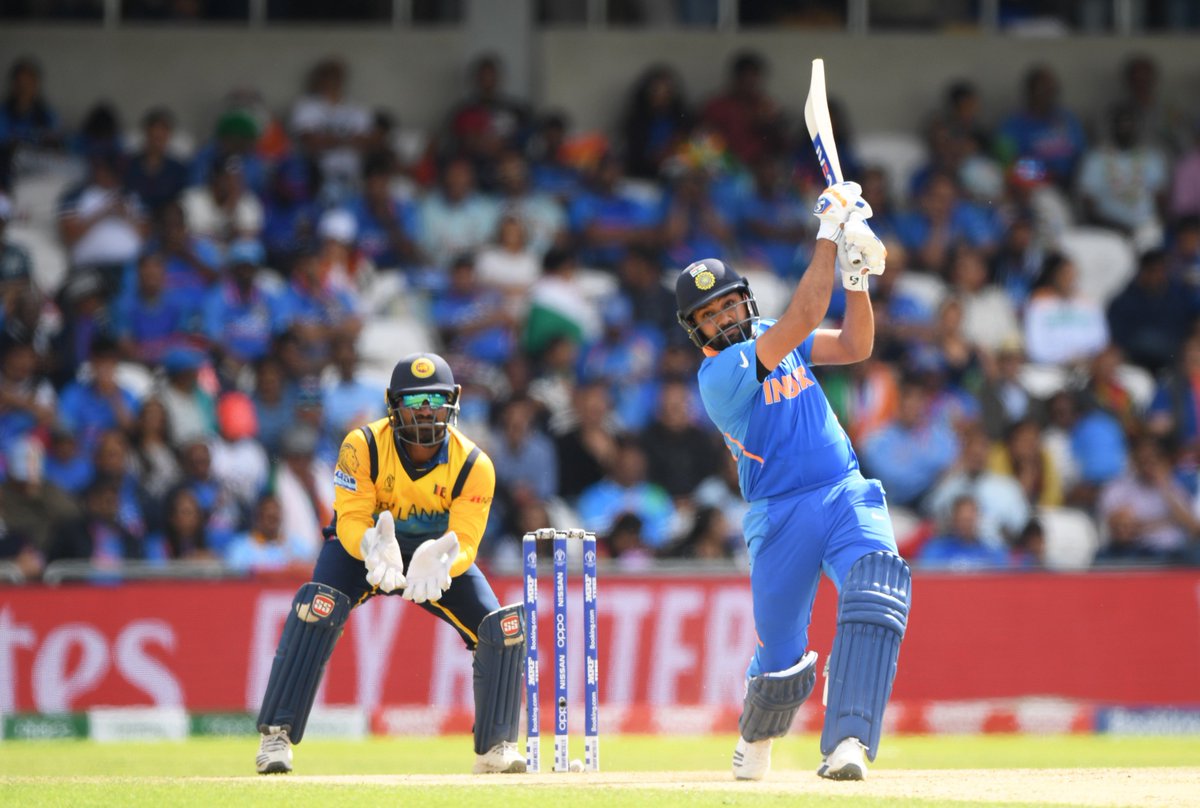 Rohit also scored 50+ runs for the sixth time. Rohit became the highest run scorer in this tournament of cricket World Cup. He left behind Shakib Al Hasan of Bangladesh. Shakib scored 606 runs in 8 innings On the other hand; Rahul completed his half-century on 67 balls.

“Brings up his 5th #CWC19 100. Third century in a row. Also becomes the only batsman to score 5 centuries in a World Cup.

There is no stopping this fella.”

A wonderful achievement for the Indian opener!”

R Sharma made 103 runs he was caught by  Angelo Mathews when Kasun Rajitha bowled very well,