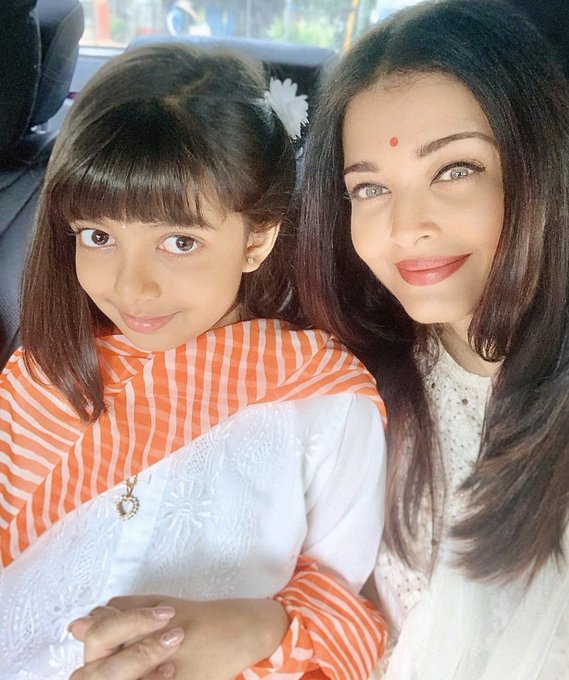 Aishwarya Rai and her daughter Aaradhya are admitted to Nanavati Hospital after the legendary Amitabh Bachchan and his son Abhishek. According to sources, the mother daughter duo had mild fever, after which they shifted to the hospital.

Aradhya was taken to the hospital earlier around 6 pm. After this, the ambulance of the hospital took Aishwarya at 8:30 PM. It is being told that Aishwarya is having trouble in breathing. According to hospital sources, her CT scan has been done. Three police vehicles also reached Jalsa for security issues.

On Saturday (July 11) Amitabh and Abhishek were found Covid 19 positive. Subsequently, his family members and staff were examined. Besides this Aishwarya and her daughter Aaradhya had minor symptoms on Sunday. BMC officials had talked to Aishwarya and Aaradhya about their symptoms and asked if there was any problem with those symptoms.

She had neither fever nor difficulty in breathing earlier. It was then decided to keep them at home as per Quarantine rules of Covid-19. It was the consent of the whole Bachchan  family. Now 6 days later, the news of fever to Aishwarya-Aaradhya has made everyone worried.

Worth mention here according to Times of India Covid-19 cases has crosedas the 10 lakh mark in India with the highest single-day spike of 34,956 cases, and 687 deaths. The death toll stands at 25,602 deaths. The country’s caseload, as well as addition to active cases in the 15 days of July, is close to the corresponding figures for the entire month of June.