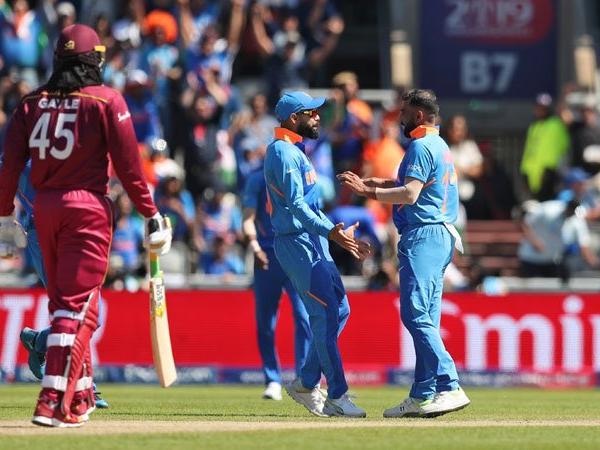 After  Afghanistan and South Africa, Now West Indies knocked out  Cricket World Cup 2019  as India beat West Indies by 125 runs today  . Having aim on third ICC World Cup title in England and Wales, Virat Kohli-led Team India maintained their unbeatable tag in the ongoing pride and joy event of Cricket with a inclusive win over the strong West Indies by 125 runs at Old Trafford. Virat Kohli along with MS Dhoni breathed fire in the closing stages of the cricket carnival to guide India to setting  a target of  269 runs in total for Jason Holder lead  team in Manchester.

Indian bowlers Mohammed Shami, Jasprit Bumrah and Yuzvendra Chahal all gave contribution with imperative scalps along with Hardik Pandya and Kuldeep Yadav . They dashed West Indies' hopes of making place to the semi-finals of the quadrennial event. The potent Indian bowling attack Knocked out the Windies for 143 to boost their imminent semi-final qualification in the 2019  ICC Cricket World Cup.

Indian skipper Kohli continued to rewrite history for the Men in Blue as  the run machine became  the world's 12th batsman to score 20,000 runs in the lowest inning. 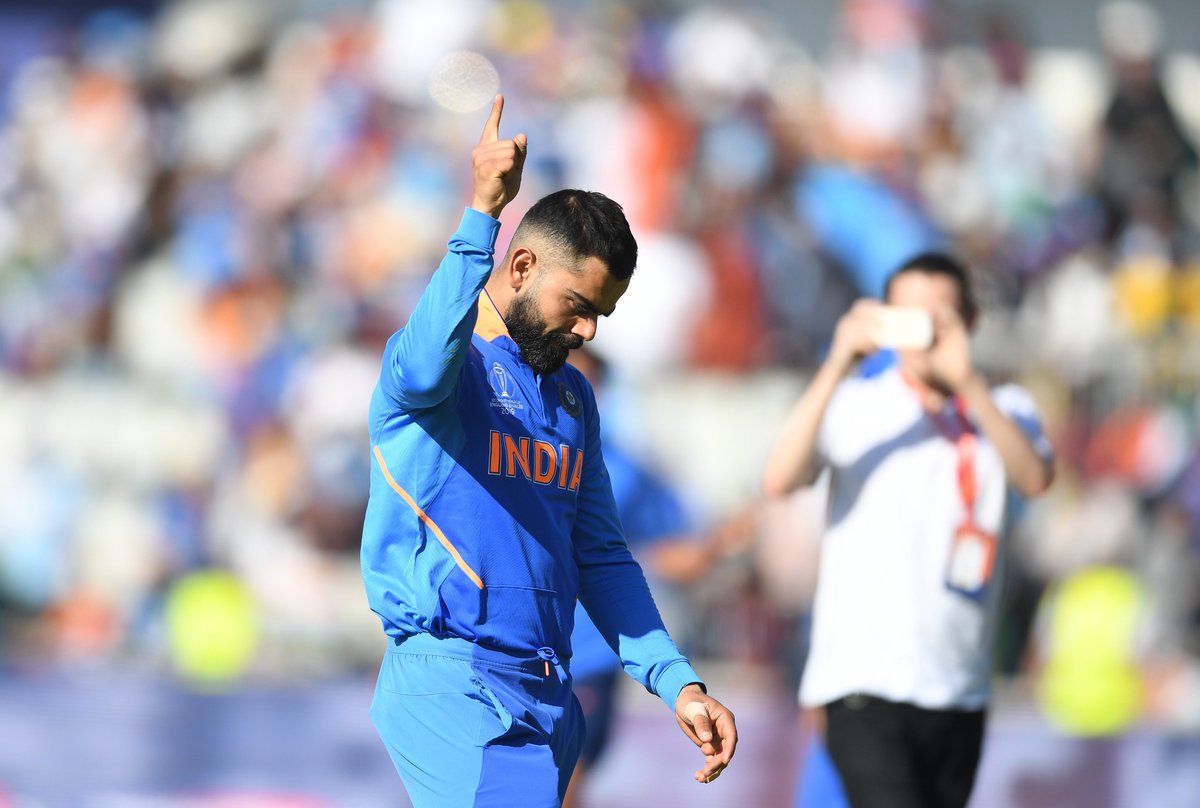 He achieved this feat after making just 37 runs against West Indies in Manchester. Kohli broke the record of Sachin Tendulkar and former West Indies captain Brian Lara. Sachin and Lara completed 20 thousand runs in 457th innings while  Kohli touched this figure in 417th innings.Today he was the Man of the Match for his brilliant innings as he made 72 runs .