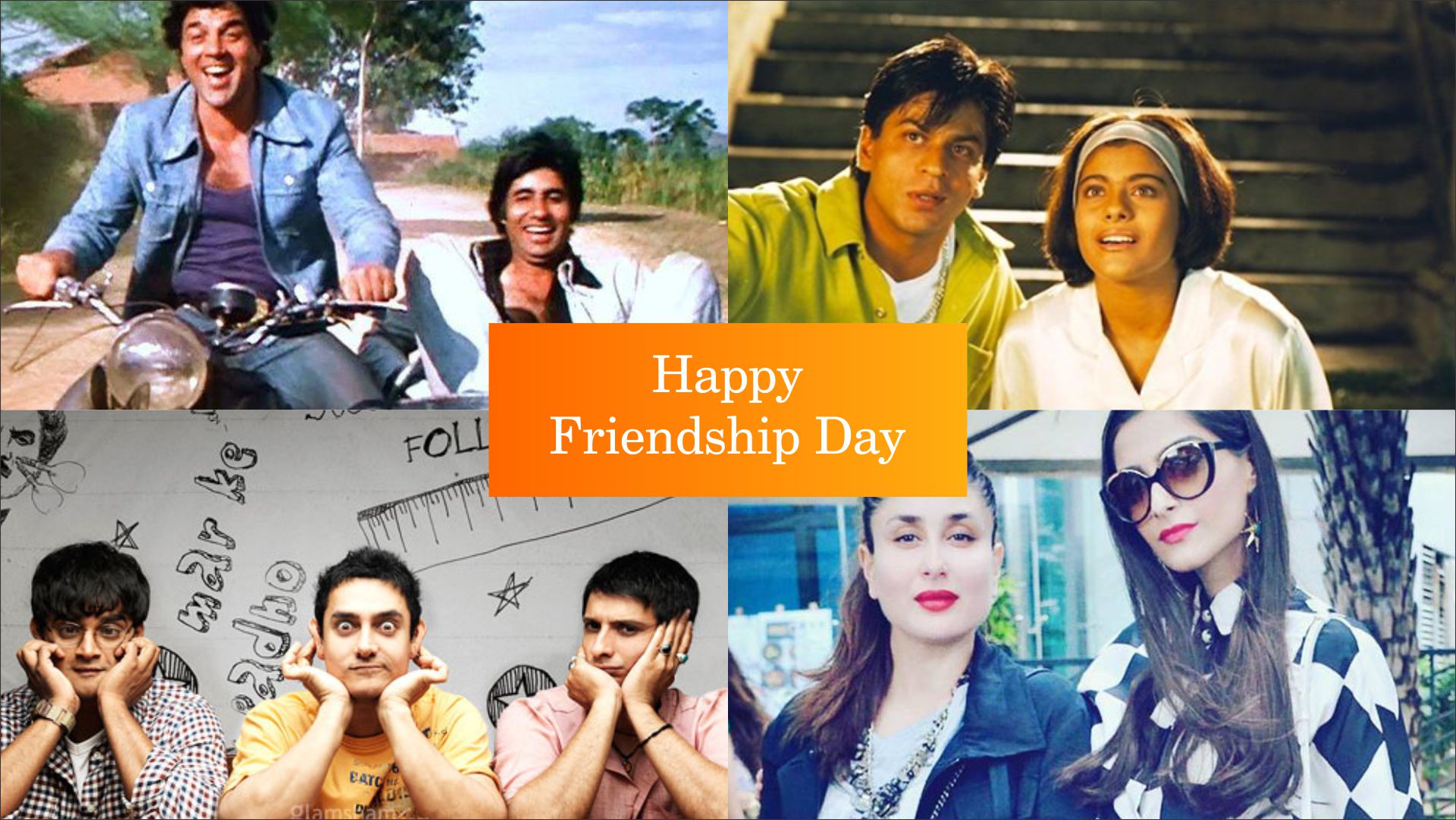 Amitabh Bachchan and Dharmendra’s friendship as Jai and Veeru in film “Sholay” is B-town‘s unique and outstanding example of friendships on silver screen, and has been recorded as one of the most memorable moments dedicated to true friends.

International Friendship Day falls on First Sunday of August month. Today we are celebrating the day which is devoted to friends.

Here are some examples of friendship set by Bollywood actors on the silver screen as well as in and real life also.

1.The onscreen friends as well as friends on Real Life the great actors and megastars of Bollywood Big B and Dharm ji , After 43 years( The film Sholey was released on 15 August 1975), They are still remembered as a most adorable friends on this occasion.

2. Anjali and Rahul from “Kuch Kuch Hota Hai” ,  they were characters performed by Kajol and Shah Rukh Khan respectively are also example for one of the most memorable friendship. However their friendship turned into a true love but still people remembers them as the best buddies of college time.

3. The “3 Idiots” trio of Rancho, Raju and Farhan , The roles were immortalized on screen  by Aamir Khan, Sharnan Joshi and R. Madhavan respectively, are another example of amity in the Hindi Cinema which always encourage people. Every person wants a friend like Rancho who inspires him or her to touch the pinnacle of success.

4. Putting these speculations to rest, that Sonam and Kareena are not friends and there’s no rivalry between Bebo (Kareena) and “Khubsoorat” actress, they have been set another record of friendship as they have been sharing camaraderie for 15 years. In fact, Bebo, Rhea, Lolo (Karisma Kapoor) on Whatsapp group called ‘The Kapoor Girls’

So Friends tell us who is your best friend or do you share friendship with someone like Jai and Veeru or Anjali and Rahul.