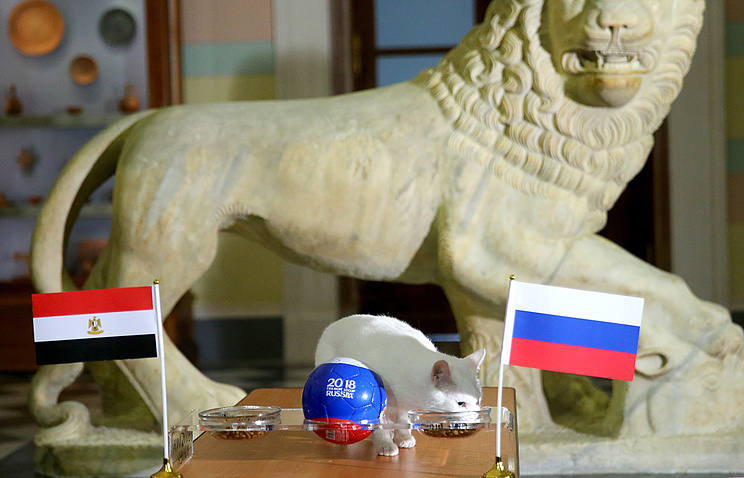 Delhi: Micro Pig Mystic Marcus has predicted four semi-finalist teams of FIFA World Cup football tournament 2018 which is being recently held in Russia. Only four apples out of the 32 apples that were marked by this flagship of 32 countries who are participating in the World Cup were selected by this micro pig. Significantly, before Octopus Paul made a number of correct predictions in the 2010 World Cup. In the 2014 World Cup, the camels named Shahin also made predictions which went right.

After that Mr. Micro Pig took the apple and selected four semi-finalist Argentineans, Nigeria, Uruguay and Belgium. It should be noted thatMicro Pig forecasted the precise prediction about the US president Trump before he was elected in the US elections. In this tournament, a white-furred Hermitage male cat called the Achilles is also predicting.

The cat had initially predicted and it was exactly right about the inaugural match between Russia and Saudi Arabia. Two bowls were placed in the Old Imperial Sarist Capitol Press Center and the cat had to choose a bowl. The Russian name came out of the cake that Cat chose.