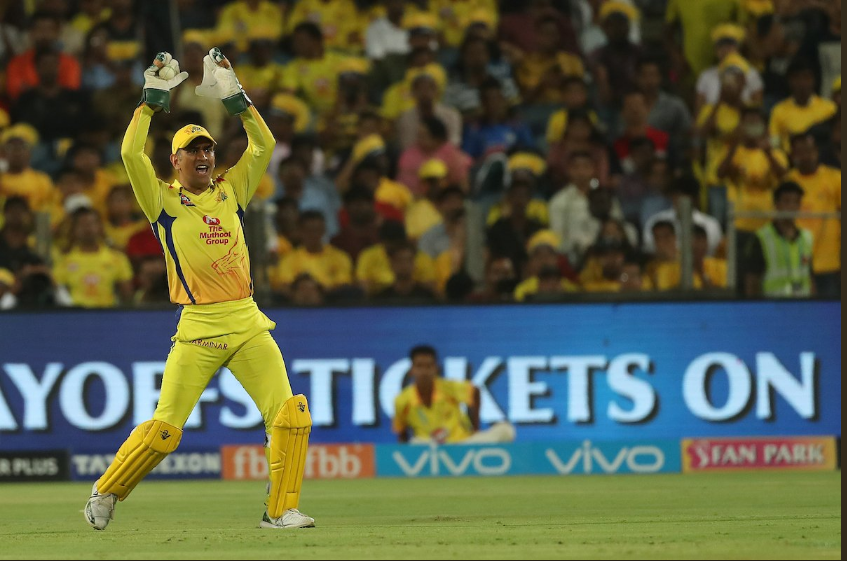 Former Indian captain Mahendra Singh Dhoni has marked another world record in his name for 22 yards of field. On Sunday, Pune's Maharashtra Cricket Association got off to play on the field in match 56 of vivo IPL 2018, here MS Dhoni made another record for T-20 cricket. Now Dhoni has become a such wicket keeper in T-20 cricket who caught most of the catches till the time. Dhoni caught Manoj Tiwary's catch on Ravindra Jadeja's ball in this match to have the crown of the most catches caught by any wicketkeeper in T-20 format. In the beginning of this match against Dhoni, Dhoni took the catch of Lungi Nugidi, and equal the same record with former Sri Lankan captain Kumar Sangakkara, but as he took Manoj Tiwary's catch, He has became the wicket keeper who broke Sangakkara's record for taking most catches as a wicketkeeper. After this innings, Dhoni has grabbed 144 catches in 291 T-20 matches. It is noteworthy that before Dhoni, this record was named after Sri Lanka's legendary wicket-keeper Kumar Sangakkara. Sangakkara has caught 142 catches in T20. The third place in this list is the name of Kolkata Knight Riders captain Dinesh Karthik in IPL 2018. In T20 cricket, Dinesh Karthik has taken 139 catches.