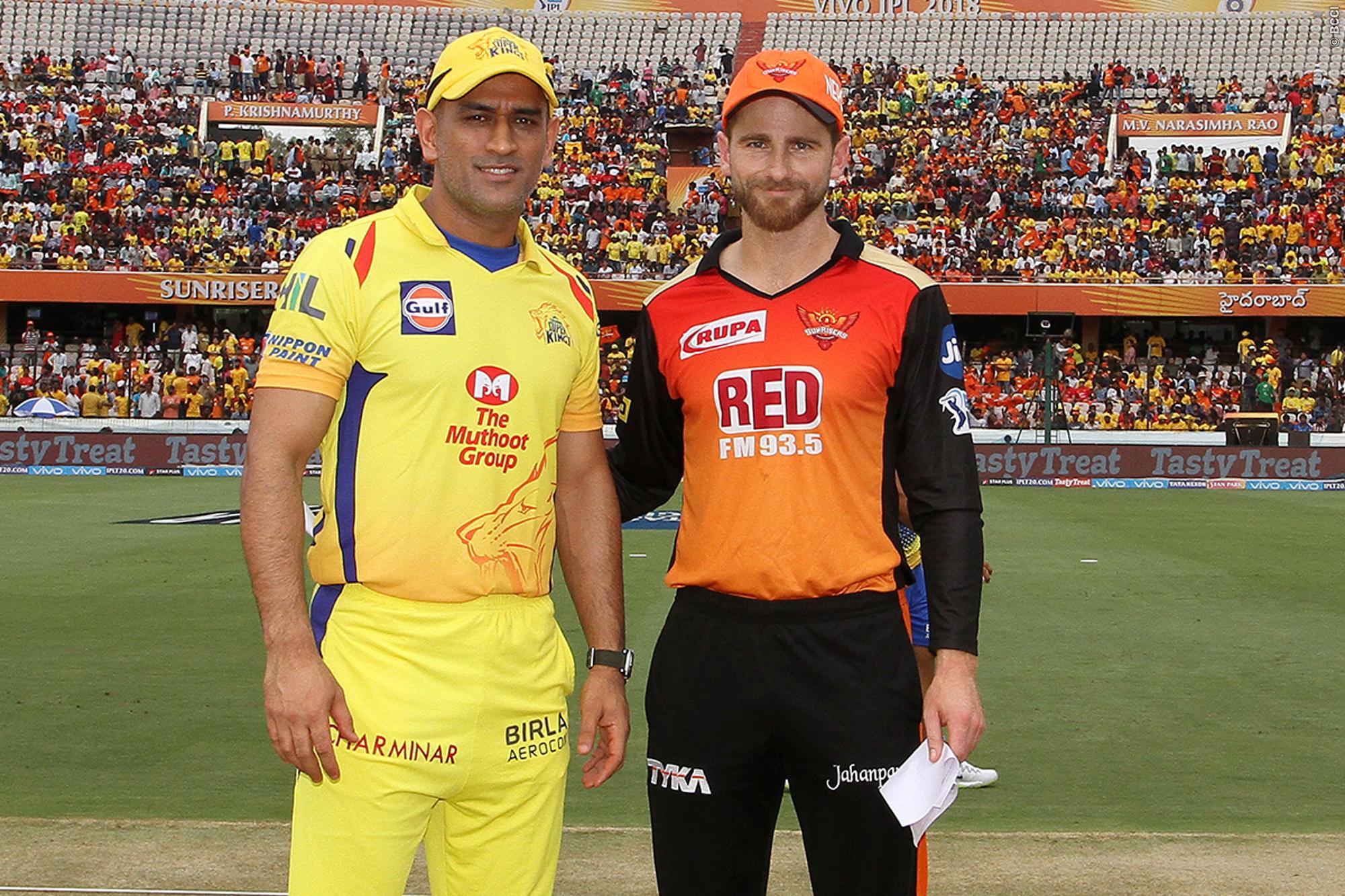 Today The grand finale of Vivo IPL 2018 will played between Dhoni-led-Chennai Super Kings and Ken Williamson –led Sunrisers Hyderabad at Wankhede Stadium in Mumbai . Earlier, after losing to Chennai in the first qualifier of IPLL 11 playoff, Hyderabad defeated Kolkata Knightriders in the soil of Eden Gardens and entered to book ticket to play in the final.

Worth mentioning here in this  11th season of IPL there have been three matches between Chennai Super Kings and Sunrisers Hyderabad, in which Hyderabad's performance is much worse. Today the fire test is going to be held for Hyderabad as SRH’s morale may be little bit less as compared to Chennai because all the three matches were played Chennai’s performance was outstanding. Although Hyderabad will try to give the impression to Chennai to grab the title win in IPL 2018, but still  it is not going to be easy to beat the IPL's most experienced team Chennai.

Earlier, in the history of IPL, Chennai's superkings have always been a huge one. If there is no talking about the ban  for two years which was imposed to Chennai, then in the 9 seasons of IPL, the super duper Chennai won title of the much acclaimed  IPL  two times in 2010 and 2011.

On the other hand in the captaincy of David Warner( who is now facing ban for ball-temparing), Hyderabad has also claimed its maiden  IPL title in 2016 .