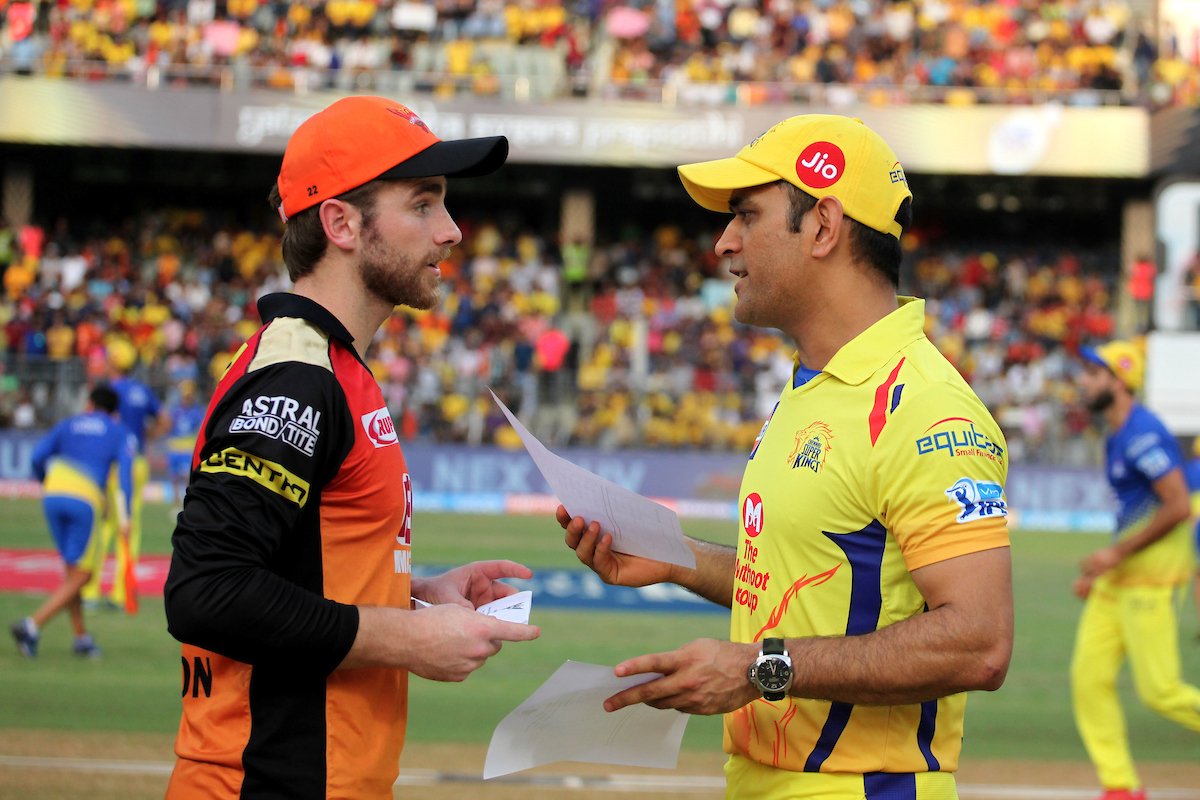 There is the much awaited Vivo 2018 Indian Premier League final between Chennai Super Kings and Sunrisers Hyderabad at the Wankhede stadium in Mumbai being played.

While in 12.1 overs Sharma to Williamson, OUT As rare pre-meditated shot attempted by Williamson, KS Williamson scored 47 in 36 balls including 5x4 2x6.

Here is the first 10 overs of SRH.

Deepak Chahar started with a no-ball (for height) but recovered well to concede just six runs in the first over, In OVERS 1.2, Shikhar Dhawan flicked for first boundary of the evening. but in OVERS 1.5 Shreevats Goswami run out for 5. SRH 13/1

Goswami was now here near the crease as they tried to grab second run. Good throw from Karn Sharma and MS Dhoni did the rest efforts.

After 5 Overs SRH  scored 30 runs with loss of one wicket.

In OVERS 6: Sunrisers Hyderabad 42/1, as 12 RUNS came and End of Powerplay. This time, Shikhar Dhawan hit a six over long-on off Shardul Thakur.

In OVERS Seventh,  Sunrisers Hyderabad 51/1 as Shikhar Dhawan hit a four in the first over of Karn Sharma and nine runs came.

Hydrabad: Sandeep Sharma in for Khaleel Ahmed; Saha is injured and is replaced by Shreevats Goswami.