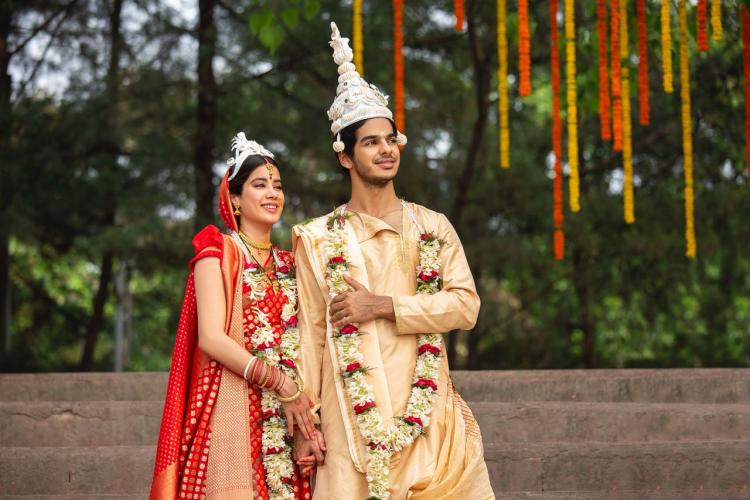 Karan Johar’s Dhadak, fame Janhvi Kapoor and Ishaan Khatter who have been hitting the headlines ever since from the inception of the film, are setting couple goals among their huge fan following.

Dhadak which is an official adaptation of  Marathi movie Sairat, took the new comers of  B-town close  and their outstanding chemistry in July 29 2018 released film is appreciated from all the walks of life.

Although the film has broken the record of the Alia Bhutt starrer film Student of the year and has set the new record of biggest opening for newcomers on the box office, still waits  to earn fairly good numbers on the window of silver screen.

But Janhvi Kapoor and Ishaan Khatter emerged as perfect couple who seems made for each other.

Not only fans but also Karan Johar believes same as recently he shared his feelings about his favorite couple,  in pic  Janhvi and Ishaan are dressed a Bengali bride and the groom.

Karan tweeted, “Looking far and ahead! A new path and an exciting journey awaits them... great films and constant learning! Welcome to the movies you two! All of us at Dharma Movies love you."

So friends share your views on our face book page about this most beloved couple of  2018.