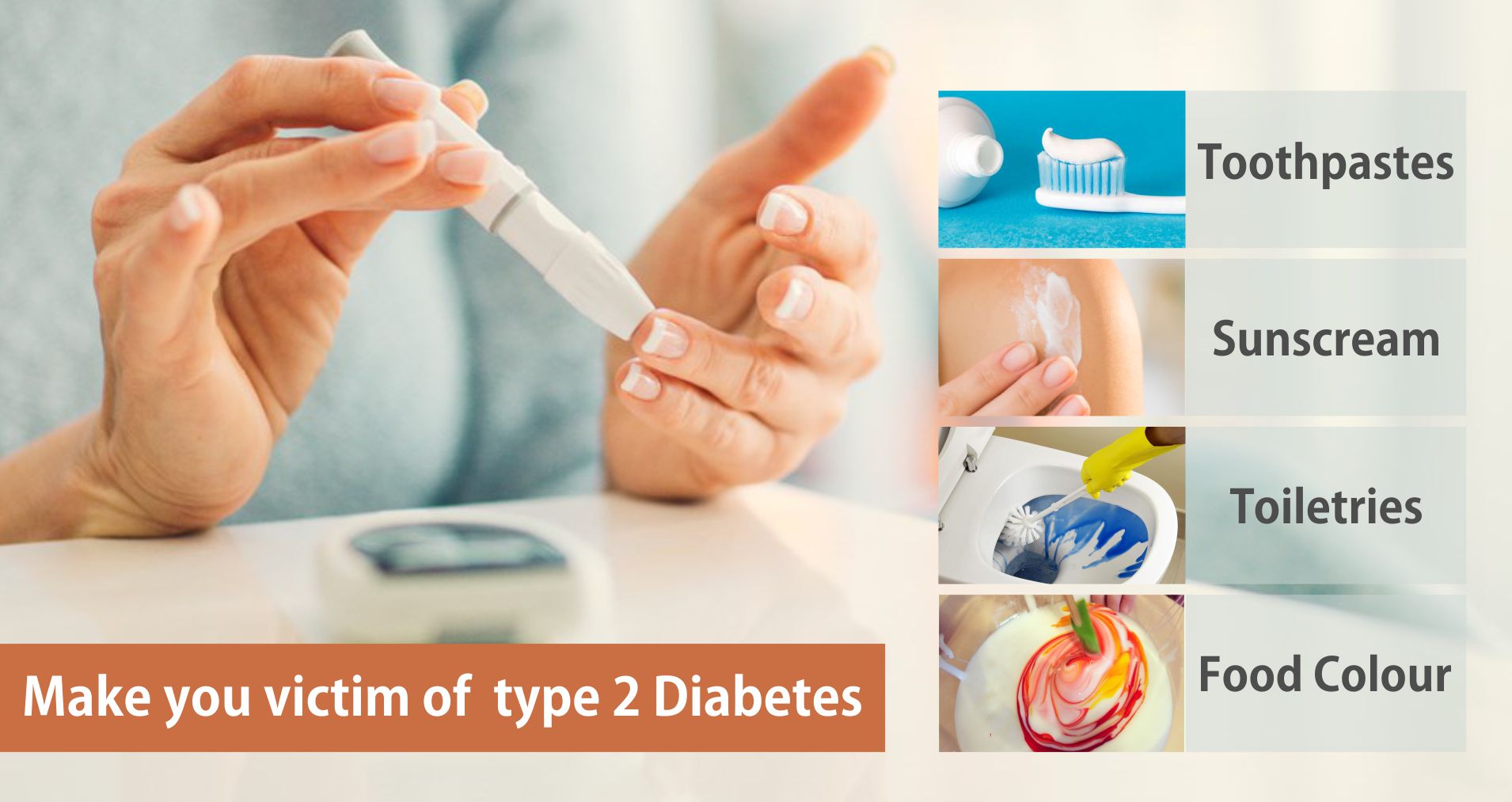 In this ultra modern world, every other person has a complaint about diabetes. The cause of diabetes may be take in sweet food, tension, or chaotic routine, but today we are going to  share facts of a study  which prove that toothpaste may also cause diabetes.

Yes .. Knowing about this You will also feel a little shocked, but this is true. There is a common chemical in toothpastes that can cause diabetes. It is a chemical that is found in food, medicine, and toiletries.

White colouring used in food, sunscream and toiletries could lead to the condition toward being victim of type-to-diabetes as study finds

Experts believe that this chemical which is known as titanium dioxide may cause type- 2 -diabetes. Titanium dioxide also contains in toothpaste as well as in food and cosmetics.

All these things contain titanium dioxide in large amounts. These chemicals are very dangerous to the body. If you talk about toothpaste, there is a white coloring element, which makes your teeth white, but this element causes diabetes.

Here are some facts of this research

1. The research also shows that particles of this chemical are found in the blood of people who have diabetes.

2. Experts say titanium dioxide could be inhaled or eaten, but is not naturally found in our bodies

3. A Research also found crystals of this chemical in diabetic people's pancreases

4. Study proves it may damage the organ by causing inflammation and killing cells.

5. Titanium dioxide may harm the human body in just a similar way to asbestos.

As titanium dioxide production has increased since the 1960s and the percentage of the world's population with type 2 diabetes almost doubled from 4.7 per cent in 1980 to 8.5 per cent in 2014, as per the data provided by the World Health Organization.