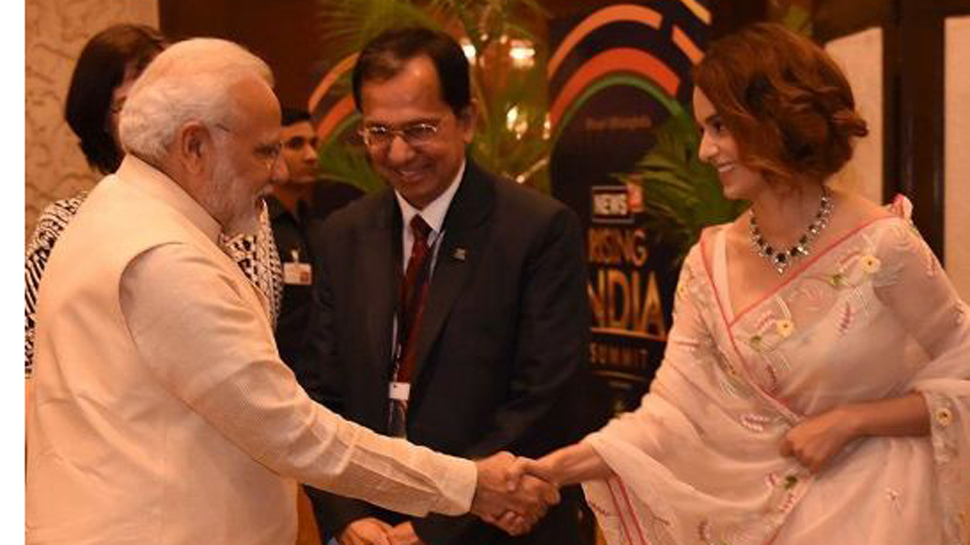 Mumbai: Prime Minister Narendra Modi’s charm also attracts Queen Kangana Ranaut as she believes that former is the “ most deserving candidate” to be next year PM post too.

Bollywoo actress and outspoken Kangana in the Hindi film industry, has described PM Modi as “leader of a democracy”.

Narendra Modi is the most deserving candidate &rightful leader of a democracy. He is not in this position because of his parents, he has worked hard to be here. Yes, he should come to power next year as 5 years are not enough to pull a country out of pit: Kangana Ranaut in Mumbai pic.twitter.com/fTG0lT4Zg9

“Narendra Modi is the most deserving candidate and rightful leader of a democracy. He is not in this position because of his parents, he has worked hard to be here,”   Kangana Ranaut was quoted in Mumbai on Saturday by news agency ANI.

“Yes, he should come to power next year as five years are not enough to pull a country out of a pit,” believes Kangana who will be next seen in “Manikarnika: The Queen of Jhansi.”

Being a supporter of PM Modi and heart core fan of Ranaut also believes that India was not for the most part  had reorganization  before 2014 as it has now – and another five years of PM Modi term  will shape India in good form.

Before this time Ranaut has also praised PM Modi in March this year and she was quoted as saying: “I am a big Modi fan because of his success story. As a young woman, I do believe that we need to have the right role models.”

She further hailed PM Modi as rise of Modi- Rajya from humble origins to PM was not his win but it is the victory of our democracy.Taking about Ranaut, she was brought up in a tiny town of hilly state Himachal Pradesh, and is now among the highest earning  B-town celebrities .