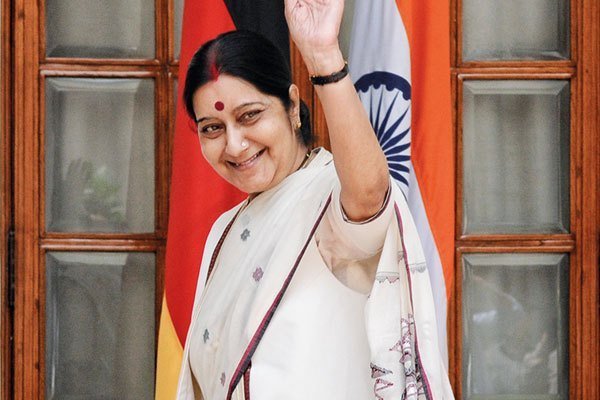 New Delhi, Aug 06: There is an expression of deep sorrow from corner to corner of the nation after former external affairs minister Sushma Swaraj passed away at the age of 67.

In series of tweets PM Modi expressed his condolences and said ,”An excellent administrator, Sushma Ji set high standards in every Ministry she handled. She played a key role in bettering India’s ties with various nations. As a Minister we also saw her compassionate side, helping fellow Indians who were in distress in any part of the world.”

In another tweet talking about her communication skills , PM Modi said ,”Sushma Ji was a prolific orator and outstanding Parliamentarian. She was admired and revered across party lines. “

For her remarkable services towards the Bhartiya Janta Party, PM Modi remembered her contribution as saying, “ She was uncompromising when it came to matters of ideology and interests of the BJP, whose growth she immensely contributed to.”

In the next tweet PM Modi  recalled her devotion  for society as stating ,”A glorious chapter in Indian politics comes to an end. India grieves the demise of a remarkable leader who devoted her life to public service and bettering lives of the poor. Sushma Swaraj Ji was one of her kind, who was a source of inspiration for crores of people.”

Ironically her last tweet was on Article 370, which was scrapped by the PM Modi led Centre was a couple of hours back.

She had tweeted, "Thank you Prime Minister Narendra Modi. Thank you very much, I was waiting to see this in my lifetime" .

She also congratulated, Home Minister Amit Shah on his historical performance in the Rajya Sabha  just  a day before.  Dabang Shah had made the statement in the Upper House and also passed the Bill to declare Jammu and Kashmir and Ladakh as Union Territories. Swaraj, one of India's most dearly loved external affairs minister met with angels at the AIIMS today. She was 67 years old.