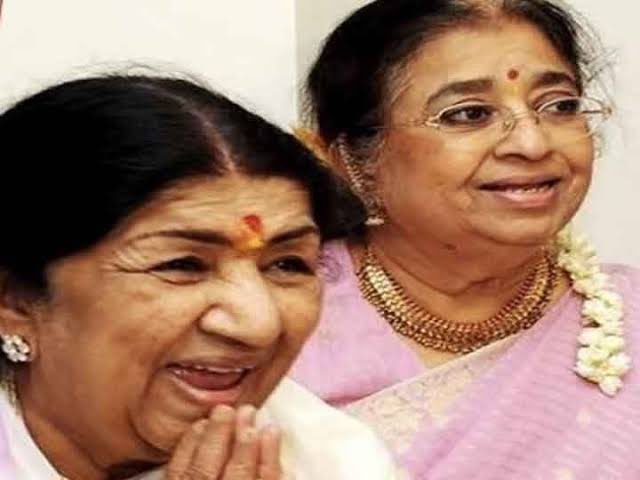 India has lost its most priceless gem  today , the legend of Hindi Cinema a great singer and India's Nightingale Lata Mangeshkar -, the Melody Queen Lata Mangeshkar lost the battle of life  to Corona. Today she breathed her last at Breach Candy Hospital in Mumbai.

Two days of national mourning has been declared on the death of Lata ji. Her mortal remains will be kept at Shivaji Park for the last rites. BMC PRO Tanaji Kamble said that Lata ji's last rites will also be performed at the Shivaji Park crematorium. However, its timing has not been confirmed yet.

The corona report of 92-year-old Lata ji came positive on January 8, after which she was immediately admitted to the hospital. . She fought both corona and pneumonia together for 29 days. Lata ji breathed her last at 8.12 am.
She was kept in the ICU of Breach Candy Hospital. The team of doctors was treating Lata Tai under the supervision of Dr. Pratat Samdhani, who had been treating Lata Tai for a long time. Improvement in her health was also seen during the treatment. She was kept under constant observation. About 5 days ago, her health also started improving. Oxygen was removed, but kept in the ICU, but she died on Sunday at 8.12 am. Dr. Pratat told that multi-organ failure was the reason for his death.

There is a wave of mourning in the entire country due to the demise of Lata ji, popularly known as Swara Kokila, Didi and Tai. Fans were praying for her recovery, but today this bad news broke the hearts of crores of music lovers. Lata ji, gave her voice to hundreds of  super duper hit classic songs,

She came in the grip of Corona  after the house servant came positive .Lata ji did not leave the house for almost two years. She sometimes used to give messages to her fans through social media. Due to increasing age and declining health, she used to spend more time in her room. She was tested after the report of a staff member of her house came to be Corona positive. Her report came positive on 8 January.