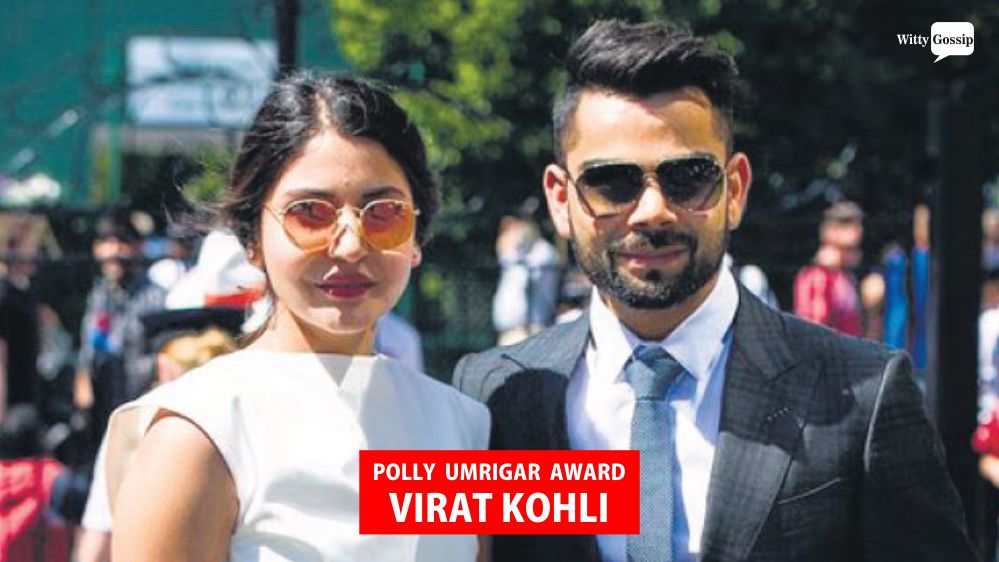 The Indian skipper Virat Kohli has been accorded  with Cricketer of the Year Award by the BCCI today. He was conferred with the Polly Umrigar Award (Best International Cricketer). The BCCI( Board of Control for Cricket in India ) honored Virat with the prestigeous at the annual ceremony in Bengaluru.

Earlier today Virat Kohli and Anushka Sharma were snapped at the airport en route to Bengaluru. The couple reached at the awards celebration together and was center of attraction for each and every eyeball.  Actor turned producer Anushka sported in a black outfit looked dazzling. Her Wavy hair style and nude makeup put the accent on her look.

As we all know that Virat and Anushka  each and every time set relationship goals for couples.

Now the couple ‘Virushka’ has been spending quality time together since after their hush-hush turned grand wedding ceremony in December.

The duo Virat and Anushka have been busy with their respective professional obligations. Anushka is  busy with L. Rai’s Zero, whereas Virat is busy with South Africa tour and after concluding IPL season 2018.

India’s most favorite couple tied the knot in a dreamy wedding ceremony in Tuscany, Italy on December 11, 2017.